Could the Coronavirus Derail the Supreme Court Confirmation? 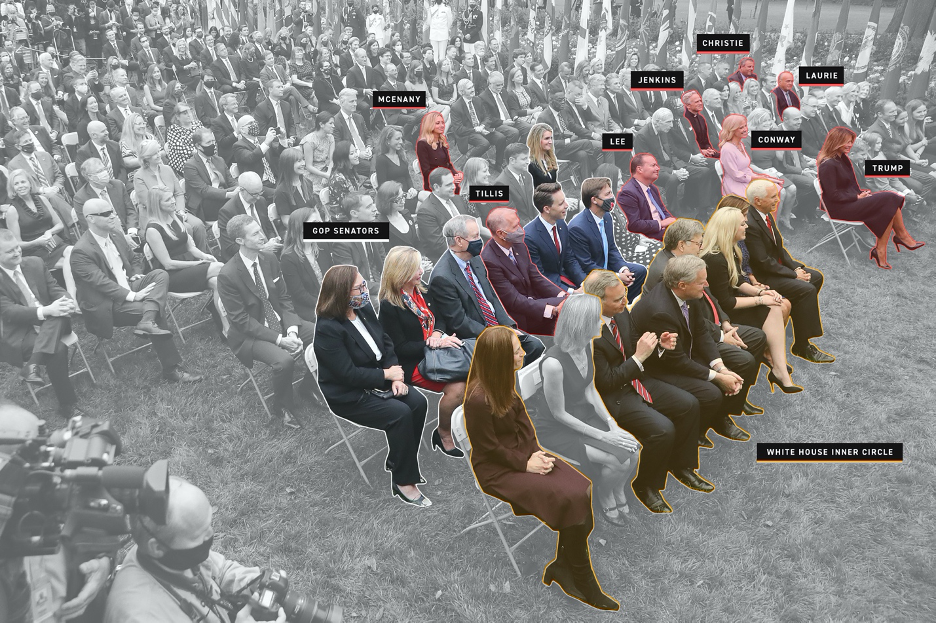 “Do you realize everything that has happened in the past week?”, asked one of my clients.

Last Monday, the story was the President’s tax returns.

Last Wednesday, the fallout from the debate was the dominate story.

One week ago, we learned that President Trump, First Lady Melania Trump and White House aide Hope Hicks tested positive for the coronavirus.

Over the past week, the news of positive cases as a result of the White House outbreak has rapidly increased.

This week, we learned that top military leaders also tested positive for the coronavirus including officials in the Joint Chiefs of Staff and Senior White House aide Stephen Miller.

The full extent of the outbreak among top government and military officials is not yet known.

In fact, earlier today, I received a notice from the DC Department of Health asking individuals who attended the White House Supreme Court Nomination Rose Garden ceremony on September 26 “to contact their local health department for further guidance/questions regarding their potential need to quarantine.” According to the letter, nine local jurisdictions joined DC Health in asking ceremony attendees to contact their local health departments.

As the list of positive cases connected to the White House continues to grow, I find myself wondering how this coronavirus outbreak will impact the upcoming Supreme Court Confirmation schedule in the United States Senate.

Three United States Senators are among those who are currently COVID positive:

According to news reports, Senator Ron Johnson was not among those who attended the Rose Garden ceremony on September 26.

With these two Republican Senators on the Committee testing COVID positive and now quarantined, any Committee action on Supreme Court Nomination will occur with a 10-10 Committee vote.

Will Senate Republicans be forced to delay the confirmation hearings until the two Senators are COVID free?

To date, Senate Republicans have shied away from virtual hearings – will that change to facilitate this nomination process?

For Senate confirmation, prior to 2017, three-fifths of the Senate, 60 members, agreed to end the debate over a Supreme Court nominee and take a final vote. This 60-vote threshold is called a “cloture vote”.

(Note: For more information on who cloture votes and filibusters work, this CRS Report explains it well.)

The traditional rules were thrown out the window in 2017.

Senate Democrats, who were in the minority, blocked Neil Gorsuch’s nomination preventing him from getting the required 60 votes.

Why is this process relevant now? Because Leader McConnell needs 51 votes to confirm Judge Amy Coney Barrett to the Supreme Court.

There are 53 Republican Senators to 47 Democrat Senators.

With these three Republican Senators quarantined, Leader McConnell only has 50 Republican votes

Not to mention two Republican Senators – Senators Susan Collins (R-ME) and Lisa Murkowski (R-AK) have said they do not support confirming a Supreme Court nominee before the election.

How will the dynamics with these 5 Republican Senators impact the confirmation process?

There is growing concern on Capitol Hill that more Members of Congress – House and Senate – will test positive or need to be quarantined due to contact with COVID positive colleagues.

Is this COVID outbreak and President’s diagnosis the October Surprise that everyone expected?

Or is there more to come?