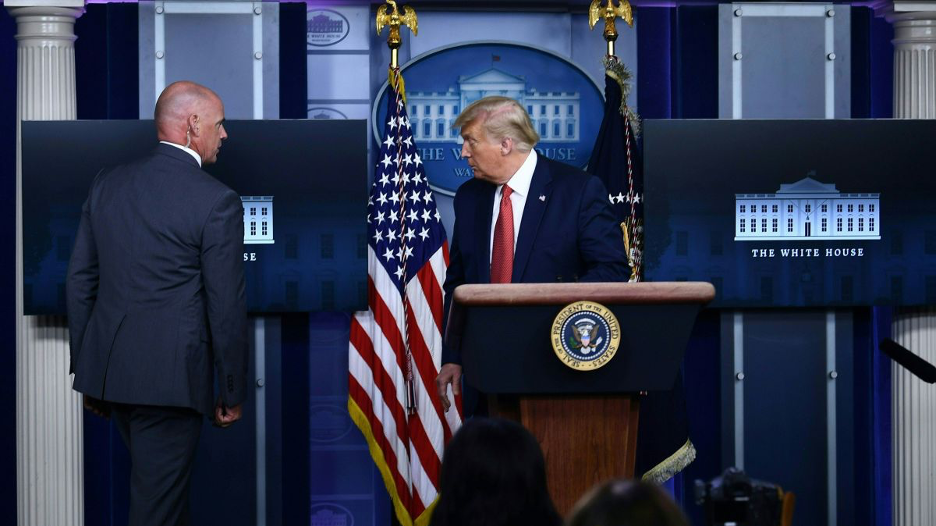 SECRET SERVICE AGENT: Sir, we’re just going to have to step out in the hall.

The President was escorted out of the Briefing Room.

Additional topics covered in the answer and question portion of the briefing can be found here: August 10 Briefing