A Public Health Crisis, Economic Crisis and Crisis of Injustice 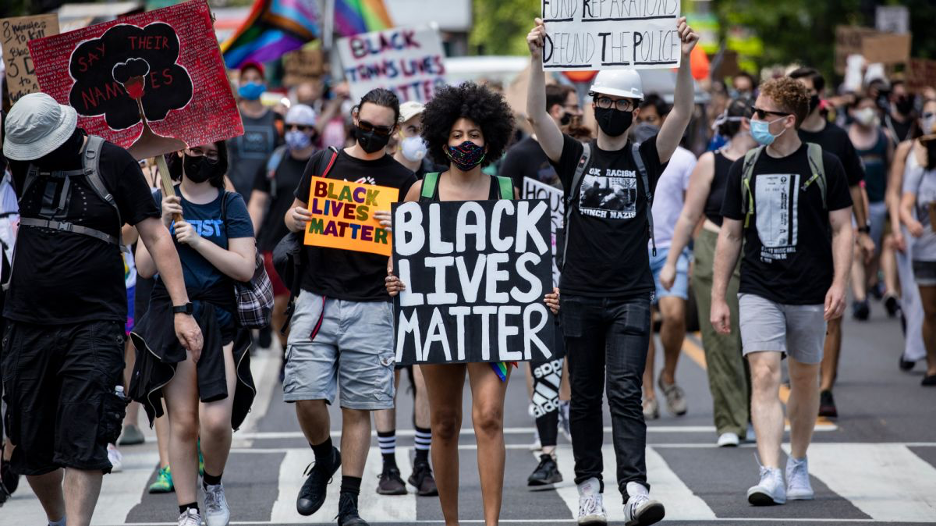 I’m not sure there are words to describe the moments we find ourselves living through: a public health crisis, an economic crisis, and a crisis of injustice.

The horrific murder of George Floyd on May 25 has shocked and stunned all of us.

The 8:46 that Officer Chauvin’s knee was on George Floyd’s neck haunts all of us. Learning about the murders of Ahmaud Arbery and Breonna Taylor in addition to Mr. Floyd is more than we can bear.

Protests in cities across America and countries all over the world are demonstrating support for much needed change.

In fact, a majority of Americans think anger over police killings is justified according to The Well News reports about a recent Monmouth University poll. The poll found:

Chair Bass: “What we are witnessing is the birth of a new movement in our country with thousands coming together in every state marching to demand a change that ends police brutality, holds police officers accountable, and calls for transparency. For over 100 years, Black communities in America have sadly been marching against police abuse and calling for the police to protect and serve them as they do others. Today we unveil the Justice in Policing Act, which will establish a bold transformative vision of policing in America. Never again should the world be subjected to witnessing what we saw on the streets in Minnesota with George Floyd.”

Senator Booker: “America has a serious and deadly problem when it comes to the discriminatory and excessive policing of communities of color – and that policing exists within a system that time and again refuses to hold police accountable for their brutality. For too long, this has been accepted as a cruel reality of being black in this country. We are forced to figure out how to keep ourselves safe from law enforcement and we are viewed as a threat to be protected against instead of people worth protecting. And for too long, Congress has failed to act. That ends today with the landmark Justice in Policing Act which, for the first time in history, will take a comprehensive approach to ending police brutality. On the back-end, the bill fixes our federal laws so law enforcement officers are held accountable for egregious misconduct and police abuses are better tracked and reported. And on the front-end, the bill improves police practices and training to prevent these injustices from happening in the first place.”

Senator Harris: “America’s sidewalks are stained with Black blood. In the wake of George Floyd and Breonna Taylor’s murders, we must ask ourselves: how many more times must our families and our communities be put through the trauma of an unarmed Black man or woman’s killing at the hands of the very police who are sworn to protect and serve them? As a career prosecutor and former Attorney General of California, I know that real public safety requires community trust and police accountability. I am proud to join my colleagues in introducing this historic legislation that will get our country on a path forward.”

Chair Nadler: “We have heard the terrifying words ‘I can’t breathe’ from George Floyd, Eric Garner, and the millions of Americans in the streets calling out for change. For every incident of excessive force that makes headlines, the ugly truth is that there are countless others that we never hear about. This is a systemic problem that requires a comprehensive solution. I am proud to work in lockstep with the Congressional Black Caucus to craft the Justice in Policing Act. This bold, transformative legislation will finally ban chokeholds at the federal level and incentivize states to do the same, it will help end racial profiling, get weapons of war off our streets, hold police accountable, increase transparency and require and encourage greater use of body cameras. It does all of this while ensuring that our law enforcement agencies adhere to the very highest standards in training, hiring and de-escalation strategies to address systemic racism and bias to change the culture of law enforcement in America and ultimately save lives. I hope to take up this legislation in the House Judiciary Committee in the coming weeks.”

166 Representatives and 35 Senators introduced The Justice in Policing Act of 2020.

Full text of the legislation is available here.

A section-by-section summary of the Justice in Policing Act of 2020 is available here.

A fact sheet on the Justice in Policing Act of 2020 is available here.

Introduction of the Justice in Policing Act sets the stage for systemic injustice that needs to change in this country.

As this national debate continues, lawmakers will be challenged to avoid making this just another political debate.