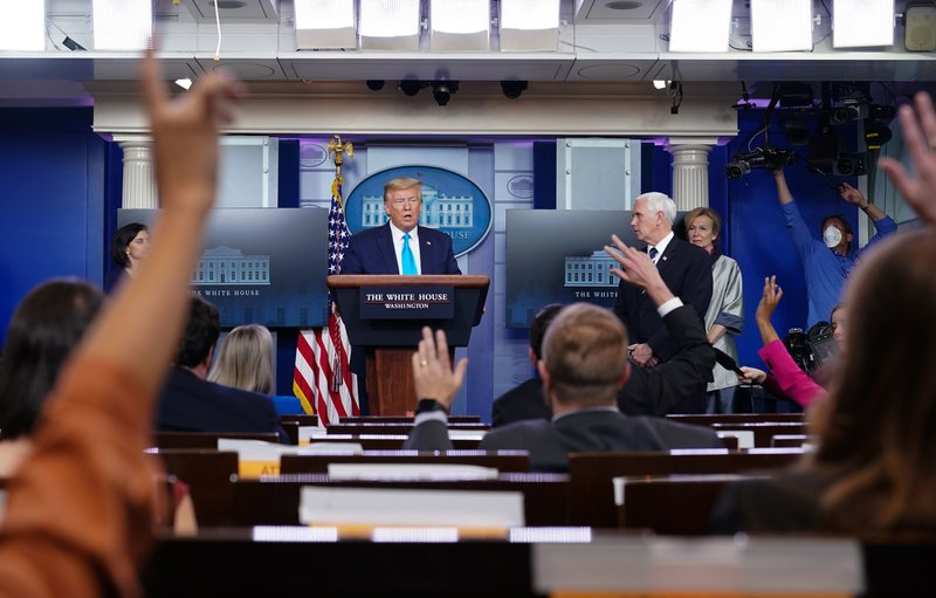 The President was asked about the projections of 100,000 to 240,000 deaths. He responded that he hopes we can stay under those numbers. He was also asked about his previous statements regarding taking hydrochloroquine and giving medical advice.  President Trump said do what you want, but there are some good signs. He also spoke about the Right to Try giving terminally ill patients to access investigational drugs.

Full remarks and additional topics covered in the answer and question portion of the briefing can be found here:  April 5 Briefing