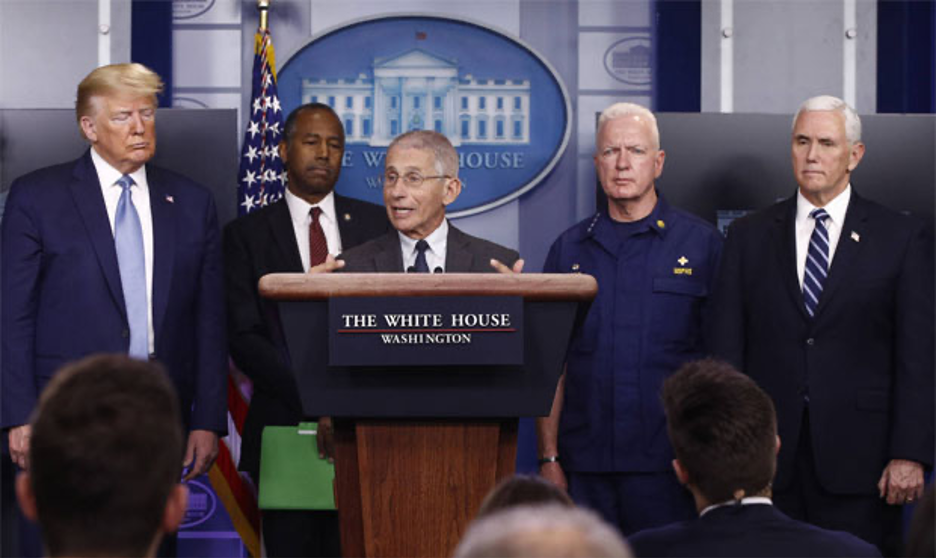 During the Question and Answer portion of the briefing, The Defense Production Act (DFA) and its deployment continue to garner confusion in these briefings. The President has provided conflicting answers on his use of the DFA (yesterday he said that he IS using the full powers granted by the Act).

In today’s briefing, the President stated that he had NOT used the DFA powers to compel companies to act to produce necessary supplies.

The President noted that “we have so many companies who have stepped up to make medical equipment, so we don’t need to use the Act if companies are volunteering to help.”

The President was also asked when he learned about the pandemic in light of news reports stating Intelligence warnings of the coming pandemic were not heeded.

Another reporter asked about the meaning of the cancellation of education testing for K-12.

Vice President Pence responded that he would ask Education Secretary DeVos to attend the briefing tomorrow or Monday to explain.